Don’t limit yourself to being good or bad 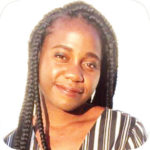 I’ve recently decided to revisit one of my favorite TV shows, Avatar. It’s a 2005 classic which follows the journey of a 12 year old boy who has to learn how to control the element: water, earth, fire and air. While watching the show I felt the elements were akin to the different emotions people experience every day. I was reminded that emotions are neither good nor bad but are all part of the human experience.

In the fictional world, people who are able to manipulate the elements are limited to mastering only one, but the Avatar can master all four. That makes him really special. The Avatar is meant to serve as an example of how the elements can live in balance and harmony, and demonstrate that no one element is better than the others.

As we follow his journey, the viewer comes to understand that in their society, certain elements are considered good while others, particularly fire are considered bad and destructive. Even the Avatar himself considers fire a bad element but after learning more about the element and experiencing its true nature he embraces it. The Avatar has to learn that while fire is destructive, it can also heal and protect.

I feel like the same can be said about human emotions. Aside from actions that hurt people (or yourself), sometimes labelling something you feel as starkly good or absolutely bad is not accurate.

People label some emotions as either being good or bad; society does not embrace the balance existing amongst them. Being raised in a community, you learn that there are certain ways to behave depending on the situation. This means that not every part of your personality is deemed to be good.

Very often, people conform to what is seen as acceptable, whether that is who they are inside or not. As a result, people learn how to put on different personas to mask all their ‘bad’ emotions. These personas reflect what’s acceptable in our society and are usually tailored to mask all the so-called ugly traits that don’t fit a certain mould.

Granted, people have to find ways to live in peace with each other. This isn’t really a bad thing but very often suppressing the so-called ‘bad’ parts of yourself like anger and frustration can lead to unhealthy expression of other emotions. People restrain themselves so much that they act out or explode in an instant with certain triggers or they start to fall into self-loathing. Or they retreat inside themselves and become isolated and misunderstood even further.

Very often we fall into the pressure of rejecting our emotions because we’re scared that expressing them will make us look like weak or that we will be rejected for lack self of control. Or, that we would disappoint those around us who we love and respect.

But imagine the strength that could come out of accepting every emotion that comes with the human experience. This does not mean act on a whim and attack someone because they made you angry, but rather that understanding where that anger comes from can help give you the tools to express that emotion in a healthier manner. The reality is that whether emotions are described as good or bad, just like the elements, they will always be there. Rather than hiding from them, learning more about their nature might help us understand their origins. This can help express them in better ways instead of suppressing ‘bad’ emotions to the point where they are expressed through unhealthy habits.

Being human is a one of a kind experience. We are complex in the ways in which live and express ourselves. I think it’s a shame that we limit ourselves to being ‘good’ or ‘bad’. Mostly, we are a mix of both or we use labels for what we feel and do that are not one or the other. We are so much more and everything in between, and I think that’s what makes the human experience so unique.