Yours Truly Ideologically lately has been postulating that the independence of the country, achieved on March 21, 1990, was merely the Democratic Phase of the Namibian Revolution..

The Second Phase of the revolution, is the economic emancipation of the people. Meaning from an ideological perspective a situation ultimately where the people, foremost the workers, the real owners of the means of production of the country, would in real fact own the natural resources of their country. This is as opposed to being alienated from such, as was the case during the colonial era under a capitalist mode of production. A mode that is very much intact in an independent Namibia, 30 years plus after.

Ideally, had there been the requisite ideological inclination among our politicians, and policymakers, Namibia should by now, 30 years plus after, have started to see a beginning towards a radical socio-economic transformation. That is if she is in any way to fulfill her political promises to the masses. A promise, which goes beyond the mere flag independence that has so far presented itself, with marginal economic spin-offs for the mass of her people.

In this regard Yours Truly Ideologically, wishes for an ideological paradigm shift in this regard. To start heralding a movement towards real radical socio-economic transformation. “Land, water and natural resources below and above the surfaces of the land and in the continental shelf, and within the territorial waters and the exclusive economic zone of Namibia, shall belong to the State if they are not otherwise lawfully owned,” Article 100 of the Namibian Constitution so proclaims.

This means the State shall only own these resources as custodian on behalf of the people. And only temporarily until the people themselves, and the country itself develop to the next stage of the revolution, culminating eventually in the dictatorship of the proletariat. The stage where the people, led by the workers as vanguard, but not by political parties, which have proven not worth the support of the workers.

One would have thought this is the route that we as a country, since independence must have been walking, or in the least charting. That is if we are to meaningfully achieve a radical socio-economic transformation ultimately, or/and in the short term start building the necessary bridges towards radical socio-economic transformation, and eventually socialism.

Alas such a beginning has been becoming a distant possibility by the day since independence. Because if such a start was in the offing, it should have been preceded of course by an ideological reawakening, and/or ideological paradigm shift. However, the objective and subjective conditions, the telltales lately point to the entrenchment of capitalism. Not only this but the erosion of all vestiges of a mixed economy, have been blatantly visibly prevalent in Namibia, despite Namibia’s economy being constitutionally connoted mixed.

The latest telltale to the entrenchment of capitalism is the auctioning of the State’s fish quotas. If there is any better positioning and foundation for radical socio-economic transformation, and eventual gradual move towards a wholesale nationalisation of the country’s national resources, no other industry offers that golden opportunity. Because the fishery industry, to a large extent, is in the hands of the State in terms of ownership and control. But the if recent auctioning of the State’s quotas in the fishing sector is anything to go by, then we can kiss any radical socio-economic transformation in Namibia, and ultimately the ownership of the country’s national resources by the people, especially the workers, goodbye.

It is not accidental that the architects of this wholesale is none other the High Level Panel on the Economy (HLPE), whose report on socio-economic transformation, or ala the HLPE itself, economic recovery, is cast purely in the free market economy mode, informed, inspired and founded purely on the capitalist ideology of laissez faire.

Most recently, Yours Truly Ideologically, touched on the role of analysts/experts in changing society, observing that few of them aspire towards real change, with most if not all of them, harbingers of the status quo. The ink on the said postulation had hardly dried and the work of our analysts-cum-experts in retarding, if not halting the revolution, is laid bare by the HLPE’s recommendations, including the auctioning of the State’s fishing quotas.

The auctioning came at the backdrop of the reawakening by the Minister of Fisheries and Marine Resources, Dr Albert Kawana, that indeed only selected regions have been benefitting from fisheries rights, with regions such as the two Kavangos, Omaheke and Zambesi still to benefit to any significant extent from fishing rights allocations. But in principle hitherto any economic design, should be aiming in essence at laying the foundation towards a radical socio-economic transformation blueprint. Yours Truly Ideologically is by no means convinced that this is what the envisaged auctioning of the State’s fishing quotas aims to achieve. In fact it has since transpired that the proceeds from the auctioning revealed this far, may have been exaggerated, with the public, true to the shenanigans of the capitalists and their operators, including the local political bourgeoisie, once again taken for a ride. 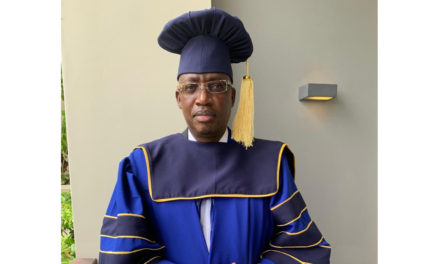 Namibians simply tiring of being beggars in their own country!