At what point do those behind bars without being convicted of a crime become victims of the system? The Fishrot accused sit in prison accused of crimes for over a year for some of them. The concerning issue is not the guilt or innocence of those standing trial. The serious concern is about why it takes over a year to collect evidence and present a strong case for the court to decide?

It cannot be that people are arrested in Namibia when there is insufficient probable cause. Where is the evidence strongly pointing to the guilt of the accused that provoked their arrest? Were these arrests premature?

In Namibia, when anyone is arrested for a crime, they serve part of the sentence before they even come to trial. This cannot be the correct meaning of the due process of the law in the constitution. I cannot be that cases are held over repeatedly. Evidence is not gathered by the time of a first court date and then the second, the third and on and on until years pass.

There are convictions reported on crimes that took place 3-6 years ago! What happened to Article 12 of the Namibian constitution providing for a right to a speedy trial? Is that just background noise or is it a fundamental right?

Perhaps Namibia’s entire criminal justice system went to sleep in law school on these points. The accused have a right to a speedy trial. To be fair, ‘speedy’ is subjective. Nevertheless, long trials damage the existence of justice in the case pending. Witnesses are gathered to testify and then one side of the other calls for a continuance. As time passes, memories fade and witnesses die, get sick, become exhausted and refuse to participate further. They may even be unavailable at the next court date. How fair is that for the case supported by that witness?

Are the inefficiencies of the Namibian legal system, poorly funded courts, or insufficient numbers of trained investigators, justifications for locking people behind bars without being convicted of a crime?

Everyone has an opinion about the Fishrot accused. The television documentary that was widely viewed last year does not make those on trial look innocent of the charges. But, that must be set aside when dealing with the process of seeking justice. Did the evidence available call for their arrest at the time when they were taken in? Or, was their public pressure to act, evidence or not?

The right of an accused to a speedy trial is fundamental.

There should be specific limits on the time when the defendant must be brought to trial. If this cannot happen, the case must be dismissed until the needed evidence is gathered. Then, the accused can be re-arrested and re-charged. Holding people in lock-up with no end in sight is a severe challenge to justice. Do we still believe that people are innocent until proven guilty? I think in populist or high-profile cases, this country assumes guilt and seeks punishment, trial or no trial.

The country is stressed over the Fishrot saga. Public trust in the government was already shaky before this case erupted. It seemed to prove that the underlying cynicism of the public about dishonesty, corruption and nepotism in government is true. When this trial does happen, the very credibility of the government will be on trial as well. Drawing the Fishrot case out for so long, in the shadow of a pandemic is draining the energy of the nation.

Is it good for the Namibian people who need to work even harder to survive, to keep hearing about the Fishrot accused? Constant tales about their fancy houses, cars, and flashy good life, are making the people angry.

In the first part of 2021, let us get the Fishrot trial finalized, one way or the other.

The nation is anticipating COVID vaccines and has pandemic fatigue. People are nervous and uncertain about so many things. They are trying to rebuild and are desperate to move on. High profile legal cases that stretch on too long punishes not just the alleged perpetrators locked in jail. More importantly, it batters the spirit of hope and renewal of the nation as well. 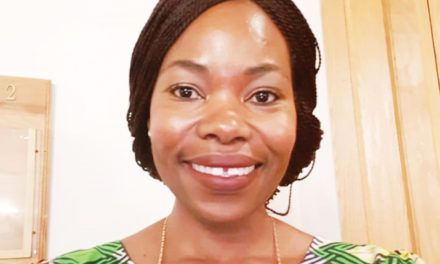