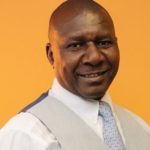 All Namibians know it was war, but wars are less chaotic than they appear. Pain, suffering and death are inflicted on someone’s orders. And wars have laws – some are supposed to protect even ‘enemy spies’ by treating them humanely in all circumstances. Protecting such ‘spies’ against murder, torture, humiliating or degrading treatment, and providing such ‘spies’ a fair trial was and is in line with international law. In dealing with the spy hysteria “Swapo perfidiously defied all established international protocols regarding armed conflicts,” says Pauline Dempers, the BWS national coordinator.

The Swapo Party has through the years, she says, stifled calls for a thorough investigation into Namibia’s war-era wrongdoings and had absolved themselves of the terrible deeds against its members in exile, claiming “no one was holier in war”. This culture of impunity became even more stubborn with the Party achieving hegemonistic status, with a two-third majority in parliament in the 1994 national polls, according to the BWS coordinator.

“As it said, the victor’s justice tends to apply when the fighting stops – so it looks as if the Swapo Party and its government, for now at least, feel content and secured. I am saying so because they had been adamant to move beyond what is referred to as the ‘victor’s justice’ and deal with the past head on,” Dempers decries.

She says that attempts to engage Government and the ruling Swapo Party to have open talks on the predicament in which victims of the Lubango dungeons find themselves were started in 2000 with a letter to then Swapo secretary general, Hifikepunye Pohamba who refused to meet a BWS delegation or receive any communication from them.

The same snubbing tactics were used by succeeding Swapo secretary generals, Ngarikutuke Tjiriange and Pendukeni Iivula-Ithana. Attempts to discuss the ex-detainee issue with Pohamba as Head of State and president of the Swapo Party also failed in early 2006.

In July 2006, however, a BWS delegation met with then Minister of Presidential Affairs, Albert Kawana at State House to plead for direct talks with President Hifikepunye Pohamba. Dempers says a written message was left for him, but with no response despite several follow-ups.

“President Pohamba, as Head of State and Swapo Party leader, had led the Lubango victims in circles over the issues,” Dempers says. “Our engagement with him proved pointless. He doggedly refused to face up to the past rights abuses by Swapo in exile.”

“There is clearly not only a trust deficit with the Swapo Party and its government, but also lack of political will to acknowledge our dark past honestly.”

She says the ex-detainees have been waiting for justice, psychological help, reparation, and other redress from the Swapo Party and its government. “Justice should involve truth and honesty about the root causes of the Lubango debacle, acknowledgement of the past wrongs, a genuine apology and effective remedy for the inhumane, degrading treatment and false allegations of spying for apartheid South African,” she argues.

Dempers however aid says the meeting held with President Hage Geingob last year was a positive development that fueled optimism about resolving the crimes and misdeeds carried out by certain elements in the leadership of Swapo in exile. A delegation of ex-Swapo detainees and family members of the missing detainees are still to meet with President Geingob as soon as State House sets the date, she confirms.

“We want to see greater efforts to find the remains of the missing and give families back their dead with dignity.”

Dempers maintains that for any effort towards the restoration of the dignity of the Lubango victims the Swapo Party and government should take appropriate action to remove the stigma from the victims of the Lubango dungeons, be they alive or dead, by acknowledging Swapo’s mistakes and wrongdoings, apologising to the victims and their families, to facilitate the process of healing.

“These demands are a drop of justice in what was an ocean of injustice in the Lubango jungle,” she maintains.

“At 60, Swapo has come of age as a political party now and is today a mature part of our political life. As such it needs to play a mature role in solving smoldering issues that has the potential to cause fissures in society in the foreseeable future. The Swapo Party needs not create partisan hurdles in the way of forging national cohesion as an important determinant of a peaceful, democratic and successful society,” Dempers added.

“Our captivity in Lubango prison camps was criminal in nature.

“We the survivors still alive stand as witnesses to the atrocious actions of Swapo in Lubango. We shall continue to ensure that the injustices are not swept away into historical memory,” he says.

“As I reminisce the 4 July 1989, the day of our homecoming, I also remember all those who had suffered, died or disappeared in the dungeons of Lubango. We all have a responsibility to remember this dark part of our history and to pass down that memory to future generations.

“My brother and cousins are near, though I did not see them for the past 31 years. They are with me, even if they are hidden far away in the Lubango jungles. They are in my heart, in my thoughts until I meet them again in the afterworld.”

Dr Oiva Angula, a former Lubango prisoner, is the author of SWAPO Captive: A Comrade’s Experience of Betrayal and Torture. This book is mandatory reading along with other books about the successful liberation struggle for an independent Namibia.

No change in fuel prices for February

NNFU Board shall not allow Meatco going down the drain