Reflections on Singapore: Lessons for Namibia 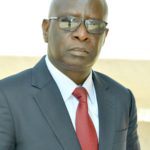 Singapore’s economic transformation is the envy of many countries around the world. From 1967 to 1989, the real gross domestic product of Singapore increased six-fold, growing at 8.8 % a year. But how did Singapore do it? And what lessons can Namibia draw from Singapore’s experiences?

Upon independence, in 1965, Singapore adopted a developmental state model of economic development. In this type of economic model, the state plays a significant role in directing economic activities. This model is contrasted with the free-market. The latter regards state intervention as detrimental to economic development. Supporters of the free-market ideology believe that the “invisible hand” should regulate the market, while government actions should be confined to public goods: education, roads, transport, and health.

Advocates of a developmental state, on the other hand, believe that the government has a pivotal role to play in the process of economic development. There are two policy areas in which the state participates: industrial policies, including subsidising inputs, export promotion, ensuring standards are in place concerning industries and “creating industrial groups” in strategic industrial areas. In a developmental state, experts and coherent bureaucratic agencies collaborate with organised private sectors to fuel national economic development.

In the case of Singapore’s economic metamorphosis, the state-orchestrated the ‘development symphony.’ For example, the state was actively involved in the economic activities of the country through various agencies, including education. The government regarded human resources as the most fundamental element in the nation-building process and as such education and training were at the heart of the nation’s broader economic plans. Moreover, Singapore’s curriculum was constantly improved to reflect the needs of the economy. Also, massive amounts of funds were pumped into education and training in a manner that ensured returns on investment.

In addition, the government attracted foreign direct investments (FDIs). The country received huge amounts of FDIs in manufacturing which, in combination with government support, resulted in the growth of the sector. The injection of FDI also had an impact on local manufacturing firms: their competitiveness and productivity were enhanced. This was because FDIs contributed to the increase of skilled labour. FDIs brought into the country not only physical capital but also human capital, from which the country also learnt. Furthermore, Singapore entered into agreements aimed at enhancing its citizens’ technological skills with Germany, Holland and Japan. They sent some of their workers out to work in industrially advanced countries to acquire skills.

Moreover, the state shielded infant domestic industries from international competitors. Although some countries pretend not to practice infant protection, some still do, and it played a role in the case of Singapore. This idea involves the nurturing of domestic firms that are considered strategic in terms of economic growth to enable them to carve themselves a niche in the market. However, in the case of Singapore, this was done in a strategic fashion that allowed infants to grow and not to remain infants forever. In other words, protection was for a limited period, and if you deviated from the agreed outputs or outcomes, suitable punishment was the prize.

Apart from guiding the process of economic development through the formulation of economic policies, financial assistance and infant protection, the state also acted as an investor. For example, the government saved money and used the savings to establish firms. Furthermore, the emphasis of their industrialisation policy shifted to establishing themselves in the region outside Singapore in countries such as China. The revenues derived from such investment, both in the domestic and foreign markets was invested further in strategic economic activities such as skill formation. Further, the government injected vast amounts of funds into research and development as part of its new strategy aimed at developing high-tech at home, thus moving up the value chain into knowledge-intensive areas.

Finally, the state employed learning to drive the economy. The government itself set examples by learning from other countries that had travelled the road of economic development. They learnt mostly by doing, in action; they adjusted as new situations evolved in the global business environment. Such learning, among other things, helped to catapult the economy into the league of industrialised countries by building up a robust industrial base.

Perhaps the question one can ask at this juncture is: Can Singapore’s lessons be replicated in Namibia? The answer is yes and no. There are certain aspects that Namibia can copy such as learning from industrial fore-runners and learning by doing. Besides, Namibia can draw lessons in terms of state intervention ( but the Namibian state is doing this to a certain extent). The state could play a coordinating role, for example, when it comes to changing the structure of the economy, changing from low-skills industries to more knowledge-intensive ones. It could also coordinate supply and demand of skills and knowledge. These are responsibilities which should not be in the hands of the private sector alone, which is mostly profit-driven. The state could also guide the transition from lower to high-value-added manufacturing industries.

However, note that the historical period in which Singapore embarked upon her economic development was different. Social systems are not static: new situations have developed based on the interactions of various social actors within nation-states and globally. For instance, the trade conditions that obtained then might have been more development-friendly than those of today. With capital market liberalisation, developing countries wishing to progress economically may not benefit from some of the investments countries such as Singapore benefited from. This is because investors are now able to repatriate their investments without the host country benefitting from it much. Reinvestment could expand economic activities within the domestic market, which unfortunately is not possible under the current trading arrangements. Besides, the geopolitical climate (fear of the spread of communism) that was prevailing at the time in that part of the world cannot be relied on in the case of Namibia. Such tensions also played their part.

Clearly, certain aspects of Singapore’s economic development cannot be copied, as they were context-specific. However, Namibia could draw lessons from some of the experiences of Singapore, particularly when it comes to striking a balance between the government and market and learning from industrially advanced countries as well as facilitating the transition towards knowledge-intensive industries.

Dr Metusalem Nakale is the Manager for Research and Capacity Evaluation at the Namibia Institute of Public Administration and Management. His research interests are in the absorption and integration of external knowledge within organisations as well as the generation and application of tacit knowledge.