About two months ago, I had the opportunity to watch The Last Dance on Netflix. After many reviews from different individuals, I decided to see what the hype was all about. If you are wondering what the last dance is all about, here is a quick synopsis from Wikipedia – The Last Dance is a 2020 American sports documentary mini-series co-produced by Entertainment and Sports Programming Network (ESPN) Films and Netflix.

The series revolves around the career of Michael Jordan, with particular focus on his final season with the Chicago Bulls.

To bring context to the interest in the series, in mid-May, Netflix claimed that 23.8 million households outside the United States had watched “The Last Dance” in its first four weeks on the service. Now growing up, Chicago Bulls or rather Michael Jordan was synonymous with the game of Basketball to the point that having a number 23 Bulls jersey gave you bragging rights. Although I never quite got to play Basketball in either primary or high school, the sport fascinated me. Watching the last dance raised a number of questions namely (1) How did Michael Jordan maintain such dominance over the 15 seasons he played in the NBA for the Chicago Bulls and Washington Wizards. (2) How did he lead the Chicago Bulls to six NBA Championships and win Two Olympic Gold medals with the USA National Basketball team and lastly in 2014, (3) How did he become the first billionaire player in NBA history?

Through watching the last dance, it allowed me to get answers to some of these questions and hence this article, on six leadership lessons I drew from watching the ten episodes of arguably one of the greatest basketball players that has ever played the game.

Michael Jordan was an individual with great focus, from the time that he started playing professional basketball, he kept his focus on becoming the best player he could be. This aspect of him highlighted the importance of remaining focused no matter the challenges that life throws at you as a leader.

What came out strongly is that he and his team members were always focused on winning no matter the cost. At times this came at the expense of them not getting along; however, the focus on wanting to win kept them going. As a leader, you need to have a razor-sharp focus if you are to make it.

Steve Jobs famously said – “People think focus means saying yes to the thing you’ve got to focus on. But that’s not what it means at all. It means saying no to the hundred other good ideas that there are. You have to pick carefully. I’m actually as proud of the things we haven’t done as the things I have done. Innovation is saying no to 1,000 things.”

The key theme around the 10-part documentary series was to provide an in-depth look at the Chicago Bulls’ dynasty through the lens of the final championship season in 1997-98. The Chicago Bulls set a goal of getting their sixth championship which looked like a long-short goal after having just won their fifth championship in the previous season.

With the news that Coach Phil Jackson – the coach that had inspired the Chicago Bulls to reach greater heights would be leaving and with Michael Jordan having stated that he would not want to play under another coach, a goal was set to win the sixth championship of which this would be their last dance.

The determination around winning this championship brings to the fore the importance of goal setting and keeping your eyes on the ball. With the year that 2020 has been, several leaders have been tested to see whether they can remain steadfast in times of adversity.

A recent Facebook post from a friend – Hosea Kambonde summed up the importance of goal setting – The future belongs to those who prepare the soil and plant, 2020 was hard and tough, yet those who planted in 2017, 2018 and 2019 had their best year I tell you, big ups to the champions, start investing in 2021, you can’t make withdrawals without making deposits first.

In the last dance, two individuals showed leadership qualities beyond question but with different ways of inspiring the Chicago Bulls team. Coach Phil Jackson knew how to inspire his team that had star players and also he knew that he needed to allow Michael Jordan to do what he did best, which was leading the team on the court once the game had started.

What was fascinating as I continued watching the last dance was that some of the people interviewed for the documentary did not have the greatest things to say about Michael Jordan however, what they could not take away was his ability to lead the Bulls as they were affectionately known to greater heights. A question often asked is, “should leaders be liked”? A quote by Steve Jobs nicely sums it – If you want to make everyone happy, don’t be a leader, sell ice cream.

At times we lose the spark of what made us get into what we loved, and at that point, a break is needed. For Michael Jordan, this occurred after the death of his father, who had been his greatest supporter. After that loss, Michael Jordan retired from basketball and went on to play baseball. Though he did not do as well in baseball as he had done in basketball, the break provided him with the opportunity to process the loss of his father and to pursue a sport he had once wanted to take part in. The lesson here is that now and then, one needs to take time off to find yourself or take a break from what sometimes becomes mundane.

If I have to sum up a key leadership lesson from the last dance in order to succeed, you have to believe in yourself. Micheal Jordan had this great belief that made him the greatest player of his time and to some of all time. In countless games when most people would give up, he pushed himself because he believed in not giving up. Will Smith once said, If YOU don’t believe in yourself, how can you expect anyone else to? You are your own worst enemy! Once you overcome yourself, then NO ONE can stop you.

Knowing when to call it a day

The last and most probably the most important lesson that stood out in the last dance was to know when to call it a day. Micheal Jordan could have continued playing for the Chicago Bulls had Coach Phil Jackson stayed on. But with his departure, and the disbandment of the team that had won the sixth championship, he knew that it was truly the last dance for the Chicago Bulls as he had come to know it and had he stayed on they might not have achieved future championships with another coach. In conclusion, this famous African proverb by Patrick Loch Otieno Lumumba sums it up nicely, “a good dancer must know when to leave the stage, even when the applause is loud”. The same applies to leadership, a leader must know when to pass on the torch to the next person or generation. 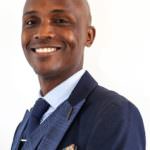 About the author
Mufaro Nesongano holds a Bachelors and Honours degree in Journalism and Communications from the Namibia University of Science and Technology (NUST) with 17 years of experience in Communications and Media. He is currently pursuing his Masters in Journalism and Media Technology from the same University. The views expressed are his own and do not necessarily represent the views of his employer.

Jane Katjavivi praised for her nobleness

Lack of traffic knowledge cause of crashes