SONA in a time of crisis is a challenge

What can any leader really say during the worse time in the history of the country he was elected to lead? President Geingob’s State of the Nation Address (SONA) rehashed the drips and drops of positive news that have already been in headlines. The speech tries to convince the nation that the glass is half full; many will still see it as half empty. In our view, the Finance Minister’s budget speech presents the real SONA.

The president stated the disturbingly high unemployment statistics for Namibia that we already knew, (i.e., 33 percent in general with youth unemployment at 46.1 percent). We missed this program to lower those numbers within a targeted time span.

We remain unimpressed with N$2.65 billion in investment scrounged from the 2016 investment conference. And, equally passe about the supposedly N$14 billion announced (though not necessarily raised by) the 2019 Investment Show. These figures are juxtaposed against the current N$117 billion national debt. Curiously, the president seemed to blame his ministers for somehow delaying the arrival of the promised investments.

We could only smile at the euphemism used when Geingob mentioned the ‘closure’ of the SME Bank. He made no mention of the theft of hundreds of millions of dollars, workers fired, deposits frozen and no one held accountable. That bank didn’t “close,” it was shut down due to daylight robbery, illegalities and corruption.

We are concerned about any statements from the president that poverty has decreased in Namibia. Ask the ever-increasing masses of people shivering this winter in tin shacks all across the nation that question. Listen to their answers.

To juxtapose a statistic from 1994 with unqualified figures from 2003 and 2016 that give the impression that poverty is going down significantly is questionable at best. As one great author put it: “There are three kinds of lies: lies, damned lies, and statistics.”

The ‘disconnect’ between the State House and the people trawling garbage cans for food is immense. With the pandemic fall-out yet to be factored in, cherry-picked figures to propose on any level that poverty in Namibia is decreasing can be interpreted as being insensitive to the daily suffering of armies of destitute Namibians.

That said, we were impressed with a few highlights.

We like that the president has encouraged the parliament to move on the Namibia Equitable Economic Empowerment Bill (NEEEB). We were heartened to hear the president rebuke the report from the Economic Policy Research Association about the NEEEB. He said that that Association was interested in protecting the interests of well-established businesses and a select few. Bravo to Geingob.

Furthermore, he repeated a line from Joseph Stieglitz: “Prosperity that is not shared, will not be sustainable. The only sustainable growth will be shared growth.” He is spot on with this point of view.

SONAs are cobbled together by each Ministry and major SOE sending its applause sheet. We agree with the rehash of achievements in education and foreign policy.

We are uncertain if talking glowingly about housing provision to a needy public when there is a perpetual backlog of 300,000 families still waiting for proper homes. Worse, there was no announcement of a plan or budget to implement decrease that backlog.

Namibia working with PEPFAR and through the efforts of many dedicated people across the country is getting ahead of HIV/AIDS. The triple 90 goals are well achieved by this country and congratulations are in order.

Regarding the country’s pandemic response, we still recognize the hard work being done in that regard. There are errors made and regulations that are unenforceable. Nevertheless, it would have been very difficult to put Walvis Bay on lockdown once again and equally difficult to NOT do it. Leadership has hard challenges that many of us would never be able to handle.

We appreciate the president’s frank mention of two of his former ministers sitting in jail for seven months while facing charges in the Fishrot scandal. This is always the 800-pound gorilla in the room when his administration speaks on the issue of a zero-tolerance for corruption. The climate of privilege, entitlement, and deference that makes many give a wink and a nod to those who are stealing the country’s assets must end.

SONAs are never invigorating or entertaining presentations. They repetitiously drone on with the obvious. Nevertheless, this presentation, in the midst of unprecedented national health and economic crises, is a necessary transparent action in a democracy. We applaud the president’s efforts. 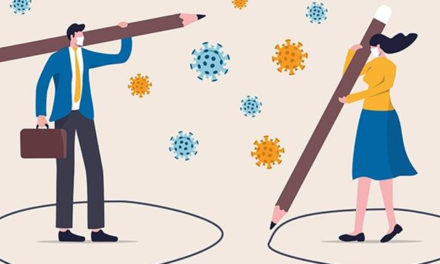 With no money, choices are limited