The Sports Minister misses the point 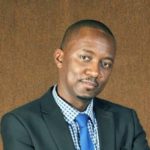 The Minister of Sports, Youth and National Service (MSYNS), [Hon. Agnes Tjongarero] hijacked and postponed the initially planned media press conference by Namibia Sports Commission (NSC), which was slated for Monday, 31 August 2020. This was done because the Minister was not receptive nor in favour of the interventions by the very NSC that is entrusted with the administrative task of National Sports Federation and national sports umbrella bodies.

The issue of the application of NPL’s federation status was not resolved as the Minister intervened and halted it. Mind you the reader, irrespective of which body you sympathize with, either the Namibian Football Association (NFA) or the Namibia Premier League (NPL), the Minister earlier hinted that she would not have a problem with the NPL being granted a federation status by virtue of its application. If that is not taking sides, I don’t know what is.

Cometh the day cometh the hour of 3rd September 2020 as the new date of the much-anticipated pronouncement of what many thought would revolved around the issue of the application, boom different story altogether. This was celebrated by the expelled NPL sympathizers who rightfully feel and argue the Minister flexed her muscles as provided for and as based on Chapter 6, Article 40 (a) of the Namibian Constitution reading in conjunction with Section 14 of the Namibia Sports Act 12 of 2003. By powers vested in her the Minister further directed the Namibia Sports Commission to appoint, in line with section 8 of the Namibia Sport Act 12 of 2003, a committee to independently and impartially mitigate the ‘impasse in Namibian football’. [I have] No problem with that, as it is clearly within Minister’s powers to do so.

From my perspective, NSC should have only dealt with the issue of the application and nothing else. The timing of the Minister to invoke her powers and by appointing the six-member mediator committee was wrong and did not address the application issue by the NPL.

Why am I saying this? The Minister met these two bodies before, and she had the golden opportunity to then appoint the very committee with the same purpose to mediate, even before Federation of International Football Association (FIFA) intervened and appointed the Normalization Committee in consultation with NSC and MSYNS to normalize the abnormal football affairs in the land of the brave. That should have been the perfect timing and it was a golden opportunity missed. I wonder whether the Minister as the deputy was not aware about the scrutiny and appointment of the NC by the relevant offices at the time. Now the Minister is firefighting on behalf of the unrepentant NPL.

An impartial Minister would have disclosed the interventions NSC undertook to resolve the issue pertaining to the application of the federation status. The application of the NPL to NSC was to be considered for the federation status, it did not seek to address the impasse between NPL and NFA, that must be crystal clear. That was the purpose of the presser. NSC does not enjoy the confidence of the Minister particularly in the manner they have handled the matter and arrived at the conclusion they have arrived at for obvious reasons. NSC simply was not trusted, period.

The feeling amongst the sympathizers of NPL is, yes the former Minister of Sports, Youth and National Service had a hand in the appointment of the members of the Normalization Committee which executed their task to enable structures. Now the current Minister of the same portfolio must have her hand to appoint another committee to do what FIFA has already done. We simply cannot correct the wrong with the wrong. Now my question is, does the Minister deem FIFA’s intervention useless? I wonder.

All things considered, the expulsion of NPL whether correctly or incorrectly taken was deliberated at the NFA congress. The congress is the highest decision-making body of the NFA, and as such endorsed the expulsion of NPL and they comfortably accepted the expulsion. Through recognized structures the congress was called and the decision made accordingly. The appointment of Committee of Eminent Persons (CEP) with its Terms of Reference (TOR) by the Minister might be viewed as a total disregard of NFA structures and congress who took the decision and this might as well be seen as political meddling of government by FIFA whose position in such scenario I can’t over-emphasize.

Am I against the appointment of the CEP by the Minster? Absolutely not, I only have a problem with the timing of Minister for not having exercised her powers way back about the impasse between the two bodies as previously stated in the narrative.

Maybe the appointment of the CEP is a blessing in disguise as it would not arrive at a different conclusion rather than that of advising the Minister that the issues leading up to the expulsion of NPL by NFA was done above board and that they cannot recommend otherwise. We cannot afford to orderly create chaos. I wonder if the Minister’s response would have been affected had she known the contents of the NFA letter to FIFA? The Minister is on record as saying she cannot comment because she has not seen the NFA letter to FIFA. One can only wonder. So, again, the eminent persons, while exercising their duties, should be mindful of the NFA’s status as a legitimate legal body, who made its decisions based on the approved structures, rules and regulations.

In all our doings in general, let us be guided by ethics, by our inner morals. Wrong was never right, no matter how you want to twist it to befit a certain situation. Let what has happened now not set a precedent that will certainly be difficult, if not impossible, to maintain in the future. Because while we are still human, conflicts will happen, and in this case, history will be our judge.

N$23m worth of summons
issued during festive season