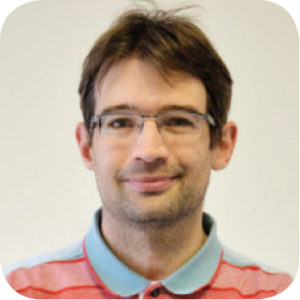 At one time of my life I had four social media accounts. Facebook, Twitter, Instagram, LinkedIn. Oh, and Tumblr for a brief while, and Tinder for a whole five days.

Now I only have one, Instagram, and one is the right number of my mental health. Also WhatsApp, maybe, if you call that a social medium, but I only use the message service part of it – a glorified email, really.

Unless your profession depends upon it (and many now do), I’d advise one social medium, for one hour a day maximum, is the right amount for most people.

I won’t deny that social media has enabled many good things, not least giving people who would never be ‘publishers’ otherwise, a voice on the Internet.

I also know that I myself got off Twitter, for example, after receiving murder and rape threats from (supposedly) a white South African. In response to a tweet of mine saying racism is bad.

Needless to say, that’s not the kind of toxicity I need in my life.

Racism, sexism and bullying on the Internet are nothing new.

But still. I remember when social media was fun. When your main business on Facebook was seeing what kind of relationship your friends were ‘looking for’, and gifting them virtual glasses of beer.

In the meantime, Facebook and Twitter have been used to launch revolutions (Egypt during the ‘Arab Spring’ is a good case study, but let’s not forget the role of the humble fax machine once the government had closed down the Internet).

Needless to say, discussions around revolution are not always pretty. But can’t they at least be civil? Constructive? Does every social media discussion that starts with posting beach pictures, need to end in an acrimonious debate about privilege, injustice, and insurrectionary ideology?

Do I really need to be holding five right wing ideologues at bay when I simply say how much I enjoy living in my African home country?

I have argued before in this column that government regulation of social media is not going to work, and that even a serious attempt at it will be prohibitively expensive. I maintain that’s all true. But then what?

One idea I favor is setting up a Social Media Ombud, similar in some ways to traditional Media Ombudsmen in many countries, including Namibia.

Membership would be entirely voluntary. But the knowledge that a person was a member of the Namibian Social Media Ombud would give a blogger or Facebooker a certain prestige. Knowing someone subscribes to its Code or Ethics would enable a member of the Twittersphere to tell a challenging-but-necessary conversation from a heckler deserving an immediate block.

As social media users with an interest in social justice, we do need to organize more specific spaces on the Internet where we ‘vet’ who is allowed to take part – webinars, closed Zoom meetings, password-protected wikis – places where difficult discussions can be had without Shane from Perth popping up out of the ether to say, ‘I just want to be the Devil’s advocate, here…’

Internet service providers and big web-based companies like Google and Facebook do need to take a hard look at themselves. We, web users, should organize to make our service providers feel – the only way companies can feel, in their wallets – when they are going off-track and enabling the harassers.

Finally, I think we must think about a culture of less talking and more listening online, and this is especially true of us who were given advantages by society because of our genders, the color or perceived color of our skins, our first language, our coming from a family of means, to name but a few.

I’ve noted the emergence of ‘listening groups’ among sections of Namibia’s white population with great interest (a topic for another column in due time), and it would be great if we operationalized this concept online on a large scale. It would be wonderful if we had groups of men who would make it their mission to listen to women on Twitter (and not come up with ‘clever’ replies).

If we did all this, maybe people like me who are of fragile mental health – as well as gay people, historically racially disadvantaged people, women with a history of abuse – or indeed, just the average Joe – would find social media more of a joy and less of an aggravation.

Hugh Ellis is a lecturer in the Department of Communication at the Namibia University of Science and Technology (NUST). The views he expresses here are personal views. Find him on Instagram @ellis.hugh