I’m lucky enough to have had to submit to less than 10 job interviews in my entire life.

Lucky to have been in the right place at the right time – a graduate coming into a growing economy, among many other things.

I say lucky because job interviews are largely nonsense, and I pity the poor people who have had to sit through 50 or more before they find a single job.

There has to be a way to select a limited number of employees from a vast pool of candidates, but I’m not sure interviews are the best.

Honestly, having sat on interview panels and in front of them, I have to say a lot of judging is subjective. True, most interview panels have numerical scoring systems, but having a quantitative process does not necessarily make you objective. More often than not, you’re simply giving a numerical value to your prejudices and biases.

What a job interview really is, according to the Canadian writer Malcolm Gladwell, is ‘a non-sexualized version of a first date’.

It’s about making a good impression. Looking professional. Being smooth. The candidate obviously wants to make this good impression, and it’s not beyond belief that some candidates are tempted to game the system or bend the truth.

Take one of the commonest ‘HR Department’ type questions: ‘describe a time when you faced a difficult decision while leading a team?’

Obviously, I will think of the most positive case I can. I might describe the time I dug deep into my own lived experience and critical race theory to solve an issue involving ‘tribal’ animosity, which led to reconciliation on the team that produced a great curriculum development plan. I would not describe the time I made an ill-judged intervention into student politics that nearly lead to a riot on campus.

In short, I will say whatever I need to look good. And hope that somehow, I catch someone’s eye, or something I say strikes a chord.

It sounds rather foolish to me when someone complains bitterly, or even resorts to lawsuits, after not getting a job, especially when the one who got it ahead of you has similar qualifications. Gladwell is right: you went on a date; it did not go well. Have a beer or glass of wine, cry it out, get on with your life.

If not an interview, then what? For technical positions, I quite like having someone spend an hour or two doing a task. A practical exam, if you will.

It’s a pity many firms use a new employee’s probation period as a more extended date – working out if they like the person enough to carry on paying them – rather than collecting detailed data on his or her performance.

Getting regular customers to vote for or discuss and agree upon a job candidate – for example, which of the salespeople they’ve been interacting with should be the next sales manager – may sound radical but then, it’s how we select the President, which some argue is the most important job vacancy of them all.

Better still would be to create an economic system where jobs are plentiful, where anyone with a basic qualification and some determination can get employed, where we’re not scrounging and fighting over crumbs. Then, there would be no temptation to be anything other than honest in the selection process, and no bitterness if you don’t get a job, because the next one would be right around the corner.

Do let me know when we get there, won’t you?

Hugh Ellis is a Namibian citizen and Senior Lecturer in the Department of Communication of the Namibia University of Science and Technology. The views he expresses here are personal views. Follow Hugh’s blog at http://ellishugh.wordpress.com

A peoples’ cause with no ideology! 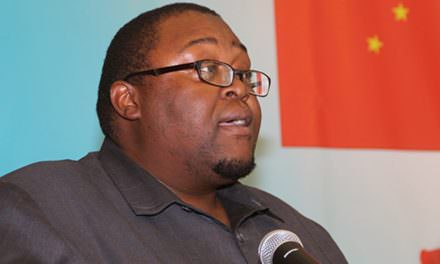