The Time Traveler: Towards a freer media 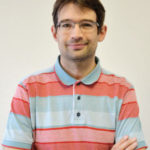 It’s a day on which the sacrifices of journalists are honored, and one on which we look forward to greater advances that enable everyone in society to have equal rights to communicate publicly.

What is great is that Namibian journalists are not being killed, imprisoned or having their lives threatened. Bribery of journalists is rare. But this does not necessarily mean all is well.

Looking back on the tone of many stakeholders’ statements leading up to WPFD 2020, as a career-long media practitioner and educator, I’m a bit disappointed.

Politicians and their spokespeople seem to have equated a ‘responsible’ news media with ‘one that does not harshly criticize us’. Politicians around the world do this, but it saddens me that Namibians often seem to lap this rhetoric up. One can certainly make the case for ‘constructive’ criticism, but all criticism can be constructive, if one approaches it in the right way – with the attitude of a servant-leader, rather than an arrogant master.

Media owners and managers, for their part, often mistake ‘press freedom’ for ‘editorial freedom’, the right of editors to publish what they wish. Of course, the former encompasses the latter, but it does not stop there.

Press freedom, in the broader sense, also includes structures that empower shop-floor journalists, photographers and other storytellers, often some of the most vulnerable workers with poor job security and without union representation.

It includes laws to ensure access to information that the public – not only journalists – need to know – not only information held by governments, but also by the private corporations that hold ever-more indirect power over our lives.

We all often forget the 1991 Windhoek Declaration – the document that lead to the founding of WPFD among many other things, called for a pluralistic media – one that contains a multiplicity of voices. Nearly 30 years on, I fear that the Namibian media does not represent all Namibian voices – the opinions and attitudes of the urban petty-bourgeoisie still dominate.

And while the data is far from perfect, men’s voices tend to dominate women’s, often by as much as a ratio of five-to-one. Feel free to Google ‘Gender and Media Baseline Study for Southern Africa’ and ‘Global Gender and Media Progress Study’. It’s a complex, surprisingly intractable, and global problem.

To clear something up, it’s not Government’s role, directly, to sort this out. Media regulation by the State has not worked in any country that has tried it, even those that did so with the best of intentions.

Rather, we as media professionals must show we respect the profession, by regulating ourselves, by promoting training (in and out of the classroom), by resisting pressure from big-money advertisers. Readers and viewers should boycott those media who act unethically, think before they retweet or share a story online, and form associations to lobby for better coverage.

One thing Government can do is to pass a Freedom of Information Act. Another is to promote the NBC as a genuine public broadcaster, independent of both central government pressure and the advertising dollar. To do this in these hard economic times will be difficult, but it must be tried. There are business models from around the world that can be examined and adapted.

Finally, journalism would do itself a great favor if it moved away from an ethic of objectivity, and towards an ethic of accuracy.

An objective journalist would feel obliged to report Donald Trump’s conspiracy theories about the origin of Coivd-19. He is the US President, after all. We must ‘show both sides’. A journalist who believes in accuracy, on the other hand, would simply ignore The Donald’s inane rants. Rather quote doctors and nurses and Covid-19 survivors, people who actually know what they are talking about.

One thing I was told by mentors as a young journalist is, treat your readers and viewers with respect. If you give your public the very best, and if you never get ‘on your dignity’ when asked to do better, they will reward you with the most precious commodity – their trust.

If journalists – and politicians and media owners – could remember that, we’d all be better off.

Hugh Ellis is a lecturer in the Bachelor- and Master of Journalism programs at the Namibia University of Science and Technology (NUST). The views he expresses here are personal views. Follow his blog at http://ellishugh.wordpress.com

Matyayi in the loop for City’s top job