On Sunday, we were expecting a firm, unequivocal refutation of accusations of any and all links to Swapo from the Fishrot scandal. We didn’t get it. Geingob took the low road. He presented defensive bluster and selective phrasing in his qualified denial that Swapo fingers are in the fish pie.

The president of Swapo held his media conference on Sunday where he says people “will not see any money [in Swapo accounts] coming from Fishrot.”

The notoriously media-hostile and inarticulate Swapo Party Secretary-General, Sophia Shaningwa, spoke up. She invited “anyone” to contact the Swapo office to access party financial records. We suspect this is the most insincere statement made that entire day. If that boast were real, those audited books should have been online simultaneous to the start of the media conference.

In quite an incredulous statement, she went on to say that the president of the party has no responsibility for Swapo’s finances. This is a blatant prevarication. Geingob has a controlling style of leadership. Not one dollar leaves that Swapo account that he doesn’t know the serial numbers on the bills. Let us not have our legs pulled here.

The issue is not just the cash that the Namibian newspaper says was indeed funneled from Fishrot ill-gotten gains to Swapo; the problem is larger. The Al Jazeera documentary showed Esau asking for indirect financial support via cell phones, caps, and t-shirts.

Geingob’s protestations of innocence mention bank deposits and audited books. There is no talk of in-kind services done with Fishrot-linked funds. His cherry-picked words do not cover indirect funding through other methods. These funding vehicles may not be directly linked to Swapo.

What about the ‘bag men’ for cash money earmarked for the party or for use by the party? Such things would not likely show up on an audit. Did any ‘suitcases’ full of cash come in on flights from other countries for Swapo accounts or Swapo leaders?

Geingob should have gone on the record on the matter. He should have said, “To my knowledge, the Swapo Party has never received direct, indirect, in-kind or ‘in consideration’ funding in any form or services related in any way to the Fishrot scandal.” He did not do this – he tip-toed around full disclosure.

Indirect funding is a usual ‘payment tactic’ used by those wishing to endear themselves to those in power not just in Namibia, but everywhere. In-kind payments or free services provided, translate at the end of the day, into ‘income’. Those being audited provide the documentation used.

Imagine how much further our paychecks would stretch if some other entity paid half of our home and car loans and kids’school fees! Imagine a side business that gets a million-dollar flat ‘grant’ from an overseas company to study the sunrise in Namibia and write a report. This is the beauty of indirect funding and back-handed subsidies.

Instead of soundly refuting the belief that Swapo benefited from Fishrot, we would quote Hamlet to Geingob and Shaningwa, “The lady [and the party president] doth protest too much, methinks”. We walked away from that media session more convinced that there is something they are scrambling to conceal.

The bail hearings are underway for the frazzled accused thieves after nearly nine months in the hoosegow. To get their own feet out of the fire, they are ready to throw anything and anyone onto the pyre instead. In quasi-Shaggy style, they are singing, “It wasn’t only me!”

The current bail hearings are the first shot across the bow of the unindicted co-conspirators in the Fishrot mess. Arguably, the media tap dance on Sunday was in fact meant to send back-handed support to those in jail who could/will spill the beans about everyone else. Geingob even said that he didn’t think those in jail were guilty.

At the end of the day, no matter how long it takes to sort the Fishrot mess, the truth will out. Platitudes and euphemistic half-denials about Swapo culpability are not credible. Going the “Shaggy” and “Hamlet” route takes the low road. Geingob should have used the media conference to get ahead of the mess. He could have admitted some level of liability, made a few heads roll, instituted corrections, and asked forgiveness. In this, he could have seized the high road.

There is a time to let things go 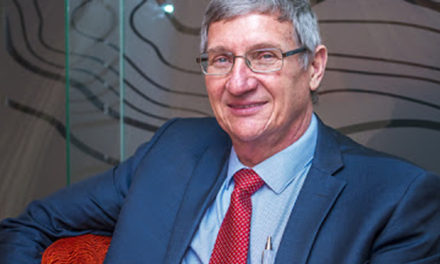