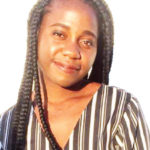 As the news of the horrific rape incidents that occurred during this month made its way to newsstands, men online rushed to type out their usual ‘gents let’s do better’ posts to appease the growing rage surrounding these horrific acts of violence and destruction of women. After which it was business as usual for most of them. ‘Gents, let’s do better’ is the go-to phrase for Namibian men on social media to signal to their audience that they support the fight against rape culture that continues to terrorize our society. It’s their way of saying rape culture isn’t okay and that they ‘stand with women’. It’s their version of window-dressing activism and it’s simply not enough.

‘Gents, let’s do better’ is too convenient for men, it caters to the image of activism that is so trendy on social media, while simultaneously keeping them in the good books with their male friends and family. These are the very same male colleagues who go outside and wreck havoc on the lives of innocent women by taking away the rights to their bodies.

‘Gents let’s do better’ gives men 10 seconds of inconvenience as they deliberate whether or not they will lose a few followers after they post the four worded tweet or status. While women spend their whole lives sleeping with one eye open to protect themselves from men who have decided to vent their anger and vicious need to control women strip them of their human rights.

The usage of the word ‘gents’ is problematic in itself because it implies that they are a separate demographic from men who violate women. ‘Gents’ or ‘gentlemen’ do not have the right to separate themselves from ‘other’ men because our society has allowed for the state of manhood to be violent against women. To say that they are different and try to guilt women into believing that they’re ‘good guys’ is insulting because women are not supposed to live like search dogs sniffing to sort the good from the bad. Men need to fix their own community because their distorted version of masculinity exists at the expense of the lives of women.

Violence against women isn’t just through rape, abuse and murder. It is also through enabling other men as they perpetrate terroristic evils on women. This ‘gents network’ keeps quiet when they should speak up. They need to call out their ‘buddies’, stand as a witness in court and at the minimum distance themselves from other men who are violent and malicious towards women. They must not assuage their guilt by reducing the plight that women face into a four worded tweet with prayer emojis simply calling for ‘gents’ to do better.

‘Gents, let’s do better’ is lazy, performative activism. It’s a get out of jail free card for when women get angry at the lack of support they receive online and in real life. Men can log off after they post their cute little four words, but women can’t log out of a world that punishes them for daring to be born female. She cannot log off from the nightmare of violation, powerlessness and personal invasion. Women who are victims of sexual assault on all levels face a world that has taken everything away from them, including their rights to the very body they are born with, so that ‘boys can be boys’.

Men need to do more not only because every woman is somebody child or somebody’s daughter, sister, wife or niece. They need to do more because we are human beings. Men need to redefine what manhood is and abolish the version that includes terrorizing women. Rape is not about sex; it is about power. We can scream all about how patriarchy creates a culture of ‘toxic masculinity’ but at the end of the day, men have to actively work amongst themselves to actually ‘do better’ and not just talk about doing better.