THE Joint Declaration between the Namibian government and its German counterpart is based on an antiquated model of international law and more than anything meant to force the Ovaherero and Nama into submission, says UK-based Reparations Specialist and Scholar-Activist, Esther Stanford-Xosei.

She was among panelists from the Diaspora of the United Kingdom and Botswana, joining descendants of the victims of the Ovaherero and Nama genocide in Namibia to observe the International Day of Commemoration and Dignity of the Victims of the Crime of Genocide, and of the Prevention of this Crime, last Thursday, 9 December. Thereby interrogating the issue of Genocide, Apology and Reparations during a virtual discussion titled: The German and Namibian governments’ Joint Declaration in the Context of Transitional and Restorative Justice.

She says the Joint Declaration is only symbolic and not material and/or an actuality of what reparations should be about raising even the question of the right of representation of the affected communities. Stanford-Xosei adds emphasising the issue of the non-representation of the affected communities, that while they have their own in traditional structures which must and should represent them, the attitude of the two government is that this is a matter for nation states. It is this eight for sell representation, that the Ovaherero and Nama, and indeed the rest of African and the Diaspora, must first and foremost reclaim. Saying that on this score the Namibian government, which has been denying the Ovaherero and Nama their right in this regard, needs to be exposed as much as the German government has been exposed with regard to the genocide of the Ovaherero and Nama.

This can be done by not only Pan Africanising the genocide of the Ovaherero and Nama, but also broadening the issue other than just confining it to the 1904-1908 period, which is the period in which the genocide was committeed against the Ovaherero and Nama. Not only this but Stanford-Xosei also emphasises that the issue is broader than this specific period of genocide because with the advent of German colonialism in the early 1800 and until the end of German colonialism in Namibia in the early 1900, German colonialism spread its vicious tentacles affected many other indigenous Namibians like the Damara and San, in many regards material, spiritual and otherwise. Not only this but equally those affected are not only confide to Namibia, but also Botswana and South Africa and many other African countries.

Thus the affected communities must not allow themselves into submission by the Joint Declaration but must resist it by all and any means necessary providing the vanguard in this regard so that the rest of Africa and the international community. She says through the UN international legal instruments, the Ovaherero and Nama can claim their right to self representation. Because the right to self representation is one aspect the UN emphasises and is clear about. While admittedly most of these instruments are colonial creations, based reinforcing and perpetuating a colonial hierarchical economic system, there to force the Ovaherero and Nama into submission, she cautions them that when they are forced into a position of submission they cannot be victorious.

No only this but she also reminds them of the need to create their own structures through which they can carry their fight adding that such a right shall not be handed to them on a silver plate but through fighting for their right. In this they need a power base as much as the Jews in their claims for reparations for the holocaust, they had a strong Jewish State, Israel. Not only unlike the lie that this is matter of nation states, the Jews negotiated on their own behalf through the Jewish Claims Conference. In the case of the Ovahehero and Nama, Stanford-Xosei says their powerful ally is none than the African community, in Africa and in the Diaspora. But it can only help them if they take a lead and provide the necessary vanguard in this regard. To some extent they have done this by keep the memory of their ancestors alive but need to do more than that including creating own institutions that unlike the Joint Declaration, intent on forcing Ovaherero and Nama into submission, would decolonise the process. 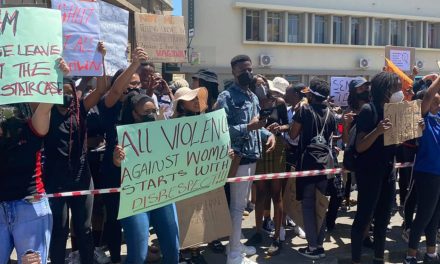 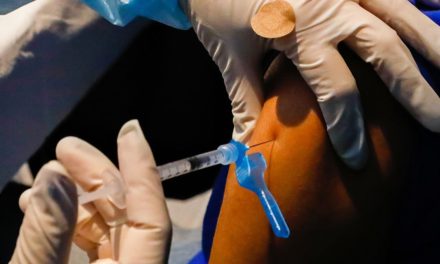