Fertile and rich soil of Ondera farm which was going to waste for the past five years with nothing to little meaningful agricultural activities, was given a second lease on life to reclaim its hey days of bumper harvests.

This is after the Oshikoto Regional Council together with the United Nations World Food Programme, decided to provide support to the San community through the provision of equipment and training.

“In our partnership, we aim to address key driving factors of food and nutrition insecurity. The long-term trends of rising hunger, emergency preparedness and access to market by our farmers and producers as well as the whole value chain, from food production to consumption in the Region. It also aims at creating livelihood opportunities and building resilience through implementation of new solutions and strategies to transform food systems in the region” said the Oshikoto Regional Council Chairperson Samuel Shivute.

Ondera, is a government resettlement farm, which was purchased by government more than a decade ago and allocated to San communities who at the time found themselves residing in corridors of Oshivelo. Therefore, the farm which was vibrant and on full scale agricultural operations, was a chance for the community to redeem themselves, by securing food security and sustainability.

However, few years later after occupation, things started falling apart, with the most crippling having been caused by high power tariffs which meant that the farm could no longer pump water to irrigate crops. Also, finances generated were later squandered leaving the community and management blaming each other.

“We have seen for example, how our food systems as a nation were tested during the closing of borders, as a preventative measure of COVID-19 in 2020. Though that was not permanent, it magnified the vulnerabilities present in our food systems, which deny our people access to nutritional food and healthy balanced diet,” said Oshikoto governor Penda Ya Ndakolo as he officially launched the project.

“Therefore it is essential that strong and empowered coordination mechanisms, that are inclusive of a wide range of producers and stakeholders are put in place. This is to ensure that policies and programs of government and development partners are aligned with the national and regional priorities to address hunger and poverty, as well as to build a strong and healthy food systems for our country.”

Ya Ndakolo said Oshikoto is an agricultural region mainly based on crops and livestock, as such he says the sector supports livelihoods of nearly 80% of the region’s population.

“This in my view, places our mighty region in a good position of becoming a bread basket of this country and eventually championing Namibia’s dream of zero hunger and malnutrition,” said the governor optimistically.

Despite this pontential, Ya Ndakolo pointed out that there are challenges with water with some of it not fit for human and livestock consumption, thus hampering the collective production goal.

“I am aware of the lack of resources due to various pressing factors and I am aware that, our region is also prone to drought. However, that shouldn’t limit or stop us from making this region an agricultural hub,” he urged.

The Motor Vehicle Accident Fund, Social Security Commission, Project Hope Namibia, are some of the partners lobbied to collaborate by assisting in kind or in cash and training to farmers. 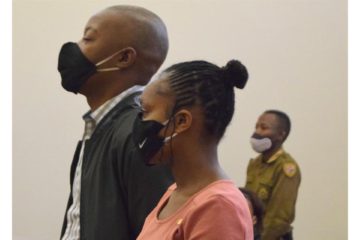 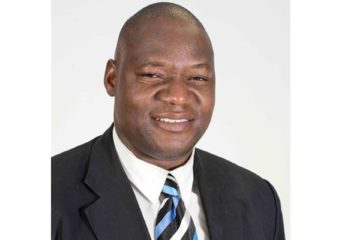