The punishment of hanging for murder was abolished in the United Kingdom way back in 1969, well before I was born, but technically it could be imposed for treason right up until the death penalty’s full abolition in 1998.

Reportedly, a gallows was kept operational at a prison in South London and tested with weights every six months until the final abolition of capital punishment. In the time from 1969 to 1998, it was never used in anger. But it gives me the creeps now to think our family home at the time was just a few kilometers away.

One of the strange things for me about the current debate concerning the gallows ‘monument’ at Henties Bay, is how many people of my generation (many white people but also a surprising number of black people) don’t seem to regard such a macabre spectacle as a big deal. Some seem to think that threatening litterbugs with execution was either genuinely funny, or even worse, an appropriate punishment.

Admittedly, I didn’t grow up here (and I don’t deny that Britain too has some weird and nasty and colonial attitudes to crime and punishment), but I’m still always taken aback by the blood lust that crops up in Namibia after a particularly brutal criminal is arrested, when otherwise nice people turn into potential vigilantes and executioners.

(For what it’s worth, I see the same lack of love for the human being and his or her right to a body in the suspected thieves that are beaten to pulp by security or shot in the back by angry householders, and in the excessive corporal punishment children, irrespective of race or ethnicity, are subjected to in most Namibian homes.)

The arguments against the death penalty seem almost too obvious to mention.

The judicial process makes mistakes, so an innocent person would eventually be killed, and that person could even be you. The death penalty is not a deterrent in reality. Most US states that reintroduced capital punishment have seen an increase in violent crime. The line between execution and torture is easily crossed if the executioner messes up his craft, and which professional does not sometimes have a bad day at work?

But surely the most obvious reason to be repulsed by the idea of capital punishment is that it was never applied evenly. Those who can afford excellent lawyers always get off. And members of marginalized groups always get killed the most. Everywhere. And certainly, in Southern Africa.

In the Apartheid Museum in Johannesburg, there is an exhibit featuring 131 nooses, one for each of the apartheid opponents executed by the South African government under ‘terrorism’ legislation before 1994. Many more, of course, died in mysterious circumstances in detention, or were assassinated.

The Apartheid Museum exhibit does what the Henties Bay ‘monument’ does not: it puts the nooses it depicts into their historical context.

Although the likes of Ruth First and Neil Aggett and Anton Lubowski did not escape the death squads, most white activists were treated relatively gently by the Apartheid State. Black people, especially poor black men, did not stand a chance. Imagine what would have happened if Nelson Mandela was executed? Something that the prosecution at his ‘treason’ trial was dead set on.

Perhaps you see now why so many people, especially young black Namibians, are so angry at the continued existence of the Henties Bay gallows monument?

Throughout human history, no one has really known what to do about murder and the murderer. Indeed, no one has known how to discipline litterbugs or white supremacists either (if limiting pollution really is the goal of the ‘gallows monument’, perhaps it should be packaged and sent to the Global Chief Executive of Shell?).

I don’t claim to know what to do to discipline the most violent among us, either. But I do know, as my primary school Head Teacher pointed out when I asked her about the gallows at Her Majesty’s Prison Wandsworth, that ‘two wrongs do not make one right’.

Let’s remember that in some of the debates we keep having in this Namibia of ours.

Hugh Ellis is a Namibian citizen and lecturer in the Department of Communication of the Namibia University of Science and Technology. The views he expresses here are personal views. Follow Hugh’s blog on http://ellishugh.wordpress.com 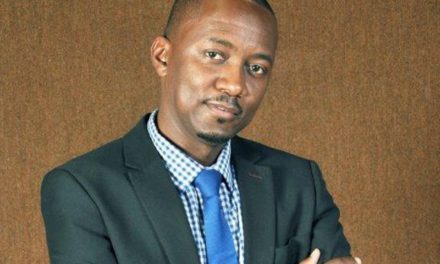 How socially responsible are corporates during COVID-19?

Strain after 30 years of Swapo rule

Abortion rights must be expanded